Shah Nihal Idrees, a multidimensional personality who likes to step into every world of challenges to polish himself. He aims to do something good for the society so that one day everyone remembers and cherishes his existence in the world even after his farewell. He is famous all over Pakistan due to his public speaking skills. He won an on-air debate competition in Aamir Liaquat’s Ramzan Transmission (2015) at GEO TV which made him a media celebrity. He has won around 150 titles for different forms of public speaking till now. 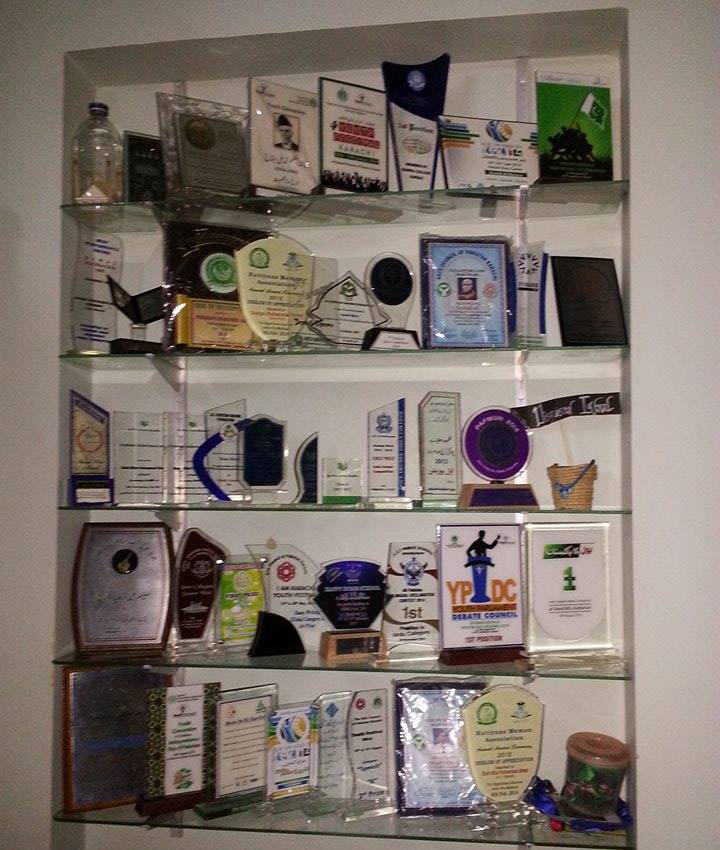 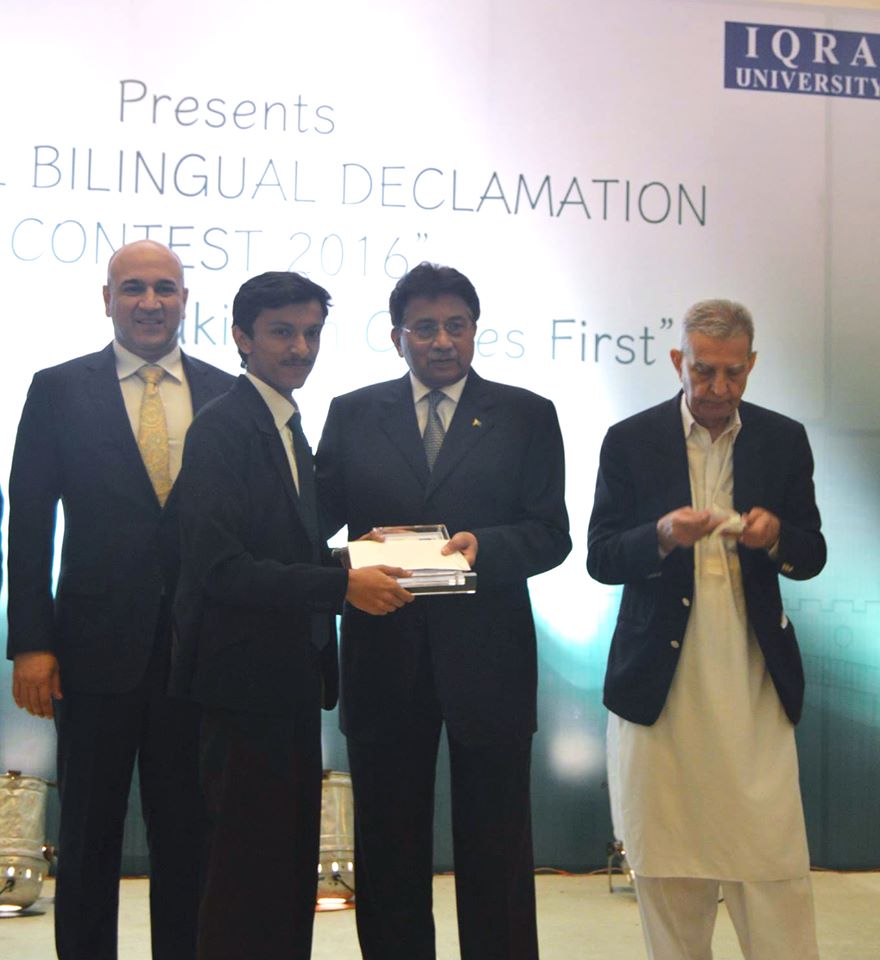 Shah Nihal is currently enrolled in Bachelors of Computer and Information Technology, NED University. He motivates people to experience more co-curricular activities and tries to raise more public speakers from the University. 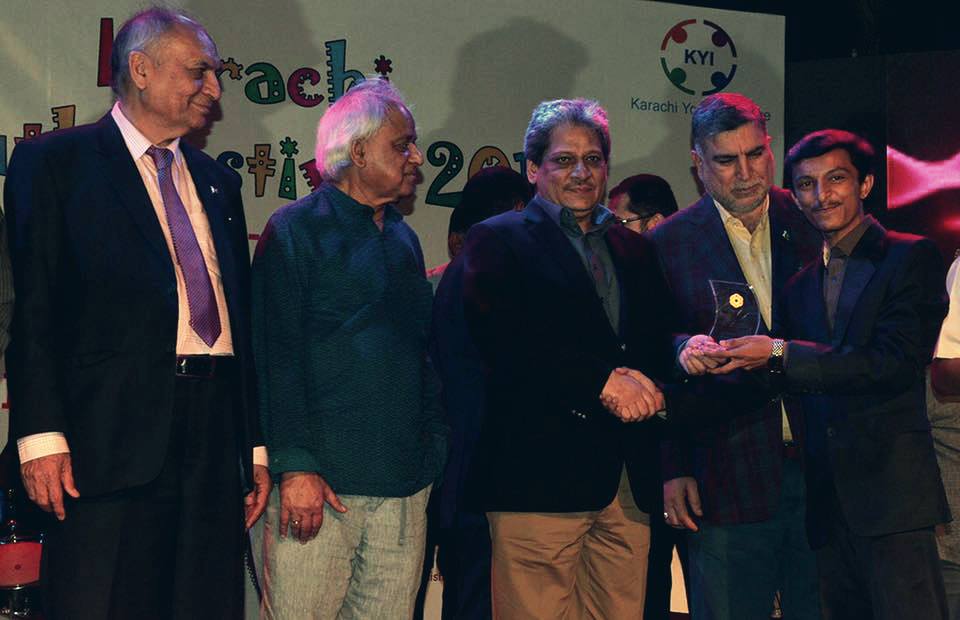 Shah Nihal went on to participate in various competitions. He kept learning and improving. He has tried almost all variations of public speaking. Freestyle speaking is his favorite. He has won most of the prizes for declamations.

What made Shah Nihal realize his skill of speaking?

“My debating career was an unexpected stroke of luck. In eighth grade, one of my teachers came to our class and told us that there was a competition being held. We had to skip few classes for the audition and preparations. Without even realizing that this event would change my life; I went to the audition just for the thrill of bunking, which ended up, opening me to a world of possibilities and learn more about my natural talent. My teacher gave me a sample writing and asked me to read it. That day I received my very first validation, as she said that I had the essentials for becoming a good debater one day. I went home and tried seeking advice from my dad.

Surprisingly, I ended up finding out that he was a debater as well. I was a sudden but pleasant surprise, as this public speaking skill is an inherited quality passed on from my father.”

What was his feeling when he was going to the podium for the first time?

“First time is always something you remember for the rest of your life. I was very young when I first walked up to the stage with the intention of delivering a speech, I had some shaky legs, but thanks to the podium who gave me refuge. I still remember my first speech was on the topic “Mujhay Pakistani honay par fakhr hai” (I am proud to be a Pakistani).

I was not nervous rather excited as to what will be the feeling when I start speaking. I was not sure if the people listening to me will like what I say. I had some mixed feelings, but I started speaking, and I was fabulous all way. I learned a valuable lesson at that time which is that most people in the general audience don’t even know what the heck you are talking about. All they care is how you deliver it. If you have that energizing factor, you can quickly take charge and deliver like you are the boss. Which is the reason why Pakistani awam get fooled by the same people in the elections every time. But then naturally when you move to a more mature audience, the priorities and demands change so you should be adaptable if you want to be a good speaker.”

Which competition is memorable?

“A very straight forward answer, the Aamir Liaquat’s Ramazan Transmission Debate Competition. Believe me; I had no intentions of winning, all I cared about was I have to deliver the best. I know you might think I am trying to be the bigger man but I swear this is the truth. In a competition where your competitors are elder than you, have more experience than you, have more titles than you, how you can even imagine winning easily. If you see my clips, I always had satisfaction when I completed my speeches in each round. I had no intentions of winning a car which I believe became the sole reason why I won it.

The respect from my senior debaters, my family, my teachers, and friends made me feel very special and important. It was the point I started getting fan messages, and I realized that I had become a public figure and whatever I do now will be watched and observed very keenly. I can say this was one of the turning points of my life.”

Any competitor that he thinks has given him tough times?

“I respect all my fellow debaters. I remember that one of my very respected senior said to me “Yaar tu aata hai tou tension hoti hai, sab kahengay bachay se haar gya hahaha,” (I get tensed when I see you competing with me, if you beat me, people will mock me haha).

What I learned from this senior was that life is a continuous process of learning. We should not focus on winning rather making an impression that people come to you and say you are the winner in our eyes.

If you insist I would like to mention a few very competitive and furious debaters in the current circuit who I believe are at their peak currently which include Umm e Farwa, Inshal Jawed, Iqbal Rizvi, Abdul Aziz, Muhammad Ateeb, Noman Ali, Asra Amir, Haadi Faarouqi, Kehkashan and more. I am probably missing a lot of names because those might not be very actively participating in current competitions or I might not have faced them a lot in the recent times. But all these are very vibrant and talented individuals with a sea of knowledge in them. I wish I keep learning with them and they prosper in their lives as a good human being.” 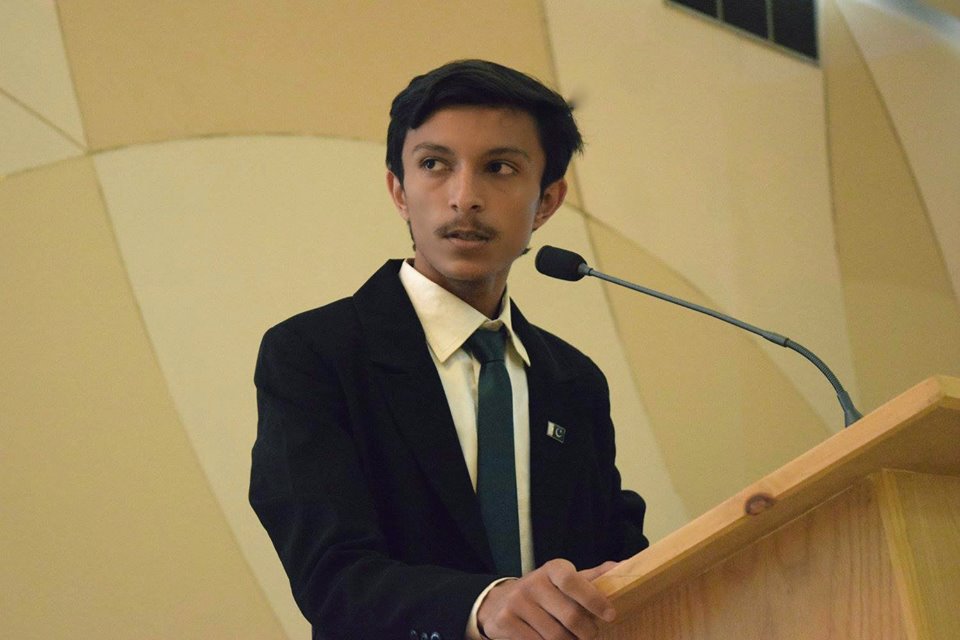 Why does he think about very fewer people coming to this field of speaking?

“Well, I believe everyone is a born debater. Even when you’re standing in a group of friends, you’re debating. We just don’t comprehend it; the realization kicks in when you’re on the stage, and you see people listening to you. It’s all at that moment.

From my experience, I have observed that many people don’t like attention. They want to live in a bubble. Where they can do whatever they want because they fear societal judgment. However, some people think they are too mature and they would sound foolish in front of less enlightened people, and yes it’s true, that will be the case. What they don’t care about is that every person has a duty to perform. If Allah gives you more than you deserve, it’s your duty to serve society utilizing that extra that is given to you. If you have determination, you can do wonders, all it takes is the belief in oneself.” 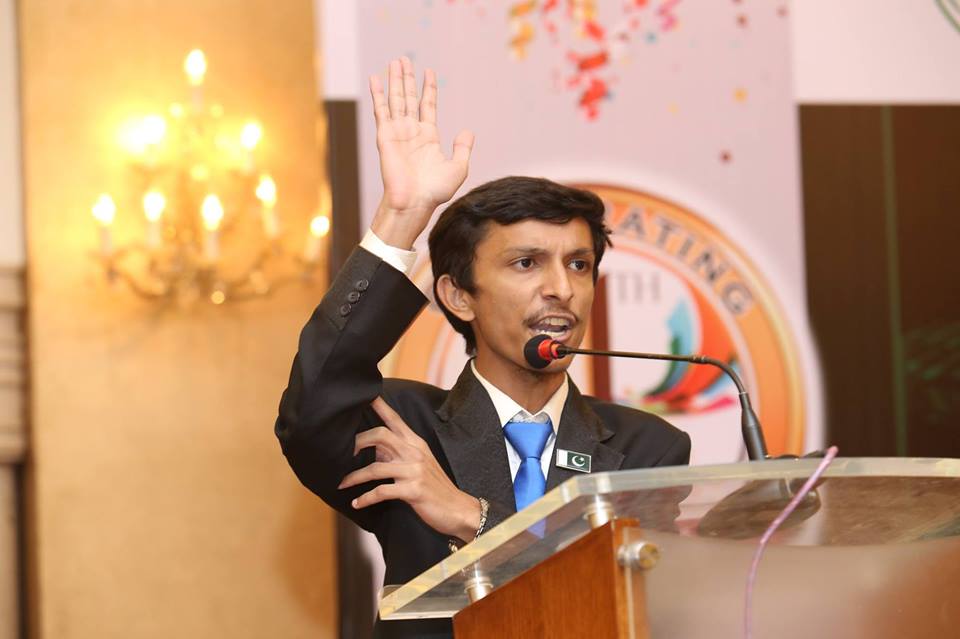 “You are trying to trap me right? Hahaha. I have seen a lot of speakers in my life with their unique skills. I try to adopt and learn skills from every speaker. I personally admire the element of humor in oratory skills. Speakers who can do humor are the ones who can’t do serious speeches the best, and vice versa. That’s what I believe. There are a very few versatile speakers capable of doing both. One of them is Abdullah Jamal without any second thoughts. I never went to him to learn anything, but I always admired him and followed his speeches. Not only him, Raheel Akhtar and Faisal Karim as well who competed when I was in grade 8th. Believe me; you can’t imagine the atmosphere of the auditorium when these people spoke. They had this charm in them which made a vivacious and energetic environment that even dead would come to life.

I wish I could see my father speaking when he was at his peak time, but that’s impossible. Since I couldn’t see my dad speaking., I am unable to adopt his style. However, I get regular guidance from him in every aspect.”

Any advice to the new young speakers?

“Public Speaking is a very sacred art, which is being manipulated by using greedy nature of human. Don’t fall for the lust and fame. If it is meant to be for you, you will get it, but don’t make it your sole purpose.

Consider every competition as your first; this will help you in learning more. And never underestimate any of your competitors.

Lastly, don’t go for winning, go to learn, and don’t get disheartened if you don’t win. Your Lord has plans you can never think about, let Him decide what’s right for you. Even if you feel sorry for something, use that aggression in something productive, for example, if you practiced for your speeches for 2-3 hours, double it. You will see improvements and become someone who is ready for any challenge.”

“If a speaker says that he/she has never forgotten his/her speech they’re probably lying. Everyone has their ups and downs and I have had some too. I believe you should try to be prepared for everything not just for public speaking but for life. If you can’t find your forum or outlet to express yourself; don’t get discouraged. Instead, create it and become a pioneer.” 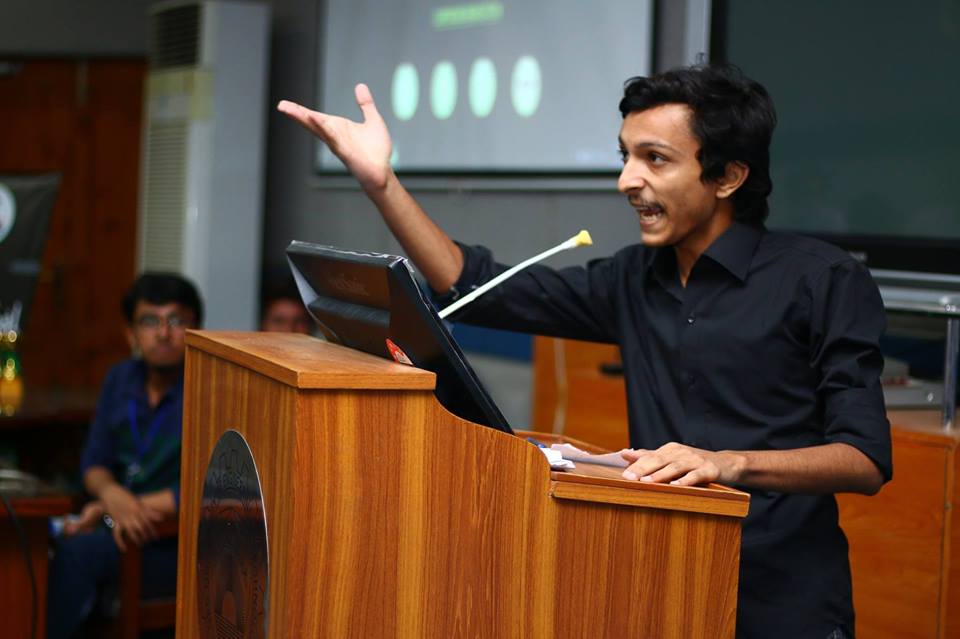