Moin Nazim, the social media sensation in Pakistan, is the artistic mind behind MoiNazim Graphics. His creativity can be witnessed by the appreciation of 200,000 people on his Facebook page. 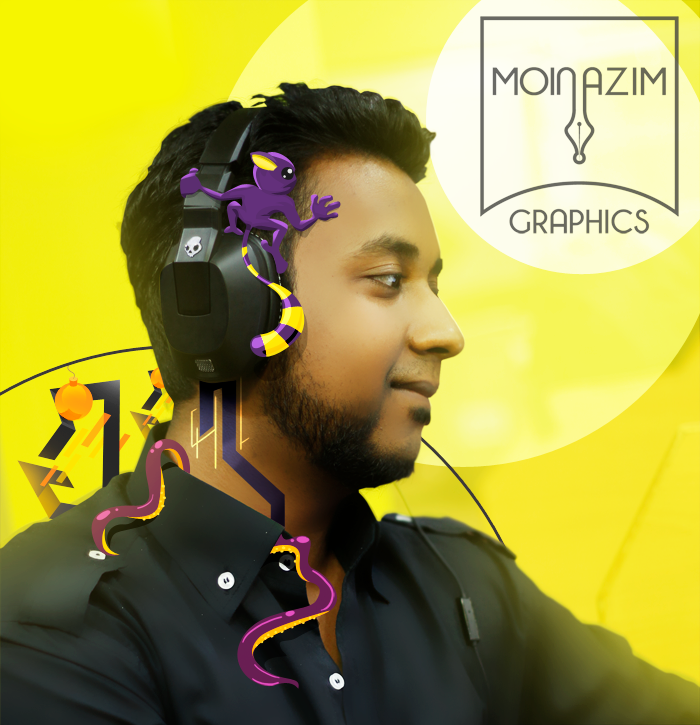 He completed his B.Sc Computer Science from Karachi University in 2013. He used to draw sketches and doodles on his notebooks while he was in school which were appreciated by his school friends. When he was in bachelors study, one of his University friend suggested him to try Photoshop and Illustrator for drawing graphics and designs in 2011. This proved to be the turning point off his life. Afterwards, he won multiple national events. He got fame and huge recognition on Social Media.

Lets hear about Moin Nazim from himself:

1. How did Moin realise that Graphics designing is his actual field?

“It was a slow process, I was pretty decent at drawing from an early age, but I kept drawing in the notebooks only, didn’t think too much about it and how it would evolve into graphics designing. Probably because I was a kid who was just watching people become doctors, engineers, pilots etc. The point I realised I could actually make this a profession was in my university days, after winning my first design competition I turned my focus towards it, but it was my first payment that made me decide that okay let’s make this a way to get bread, the first payment was 800 Rs for a logo design. Kept working as a freelancer even after completing my studies. Didn’t apply for a job anywhere. Kept rejecting them as well.” 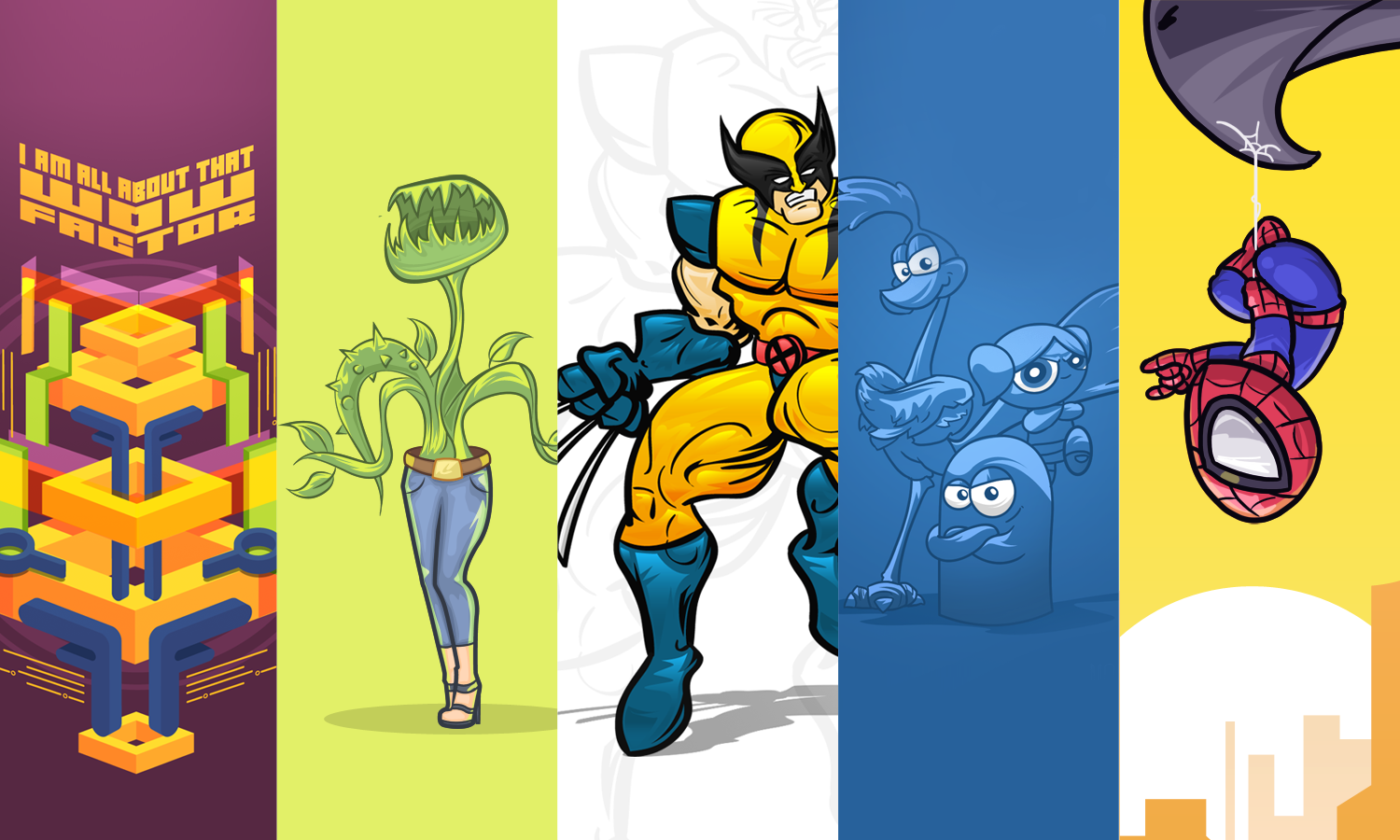 2. Moin belongs to Computer Science field where every second individual opts for software development field, what made him choose Graphics as his career?

“It was quite obvious I wasn’t good at programming, I was smart enough to get small assignments through but it wasn’t really that thing that I would want to do when I woke up. The freelance projects really helped convince me to become a designer, my parents didn’t even realise that Graphics designing and programming are poles apart they kept thinking I’m doing something related to software engineering so they were cool with it. The second reason was the appreciation I was getting for my Facebook page and my work for certain tech oriented events. I have a huge hunger for respect and honour, the stuff that I was doing gave me that. I didn’t have to sell my skills, didn’t have to smart talk, didn’t have to beg for internships, all I had to do was do what I did best, design that will (hopefully) blow peoples’ minds.”

3. What challenges did he face in his early stage of his career?

“None, lol. They say “Achay logon ko achay log hi miltay hain.”. All I did was kept my eyes on the road and my feet on the ground, I didn’t get carried away with the immense appreciation, kept finding flaws in my work and good people kept finding me. Certain voices kept telling me ooh you’re earning lesser than other designers, but there were certain voices told me to don’t worry about the money it’ll chase you back eventually and it did. But more that money I realised respect tasted so much better than the taste of hard cash. I keep a notebook in which I keep writing quotes, one of it is “Money will give you a house, respect will give you the universe”.”

4. If Moin is offered a job from a Silicon Valley Company, would he avail it?

“I don’t know really, people would call me an idiot if turn down a job like that but I have no idea what will I do without Karachi, this is a hard case to crack. This city owes me nothing but it runs in the veins, most people think I’m that guy that hangs around at fancy restaurants with people that don’t know how to play “Patti” (Foosball) but the fact is I’m just an average guy, a certified bun kabab. I never forget my roots. It’s hard to hangout with my childhood friends now but when we do I’m just Moin not Moinazim Graphics.” 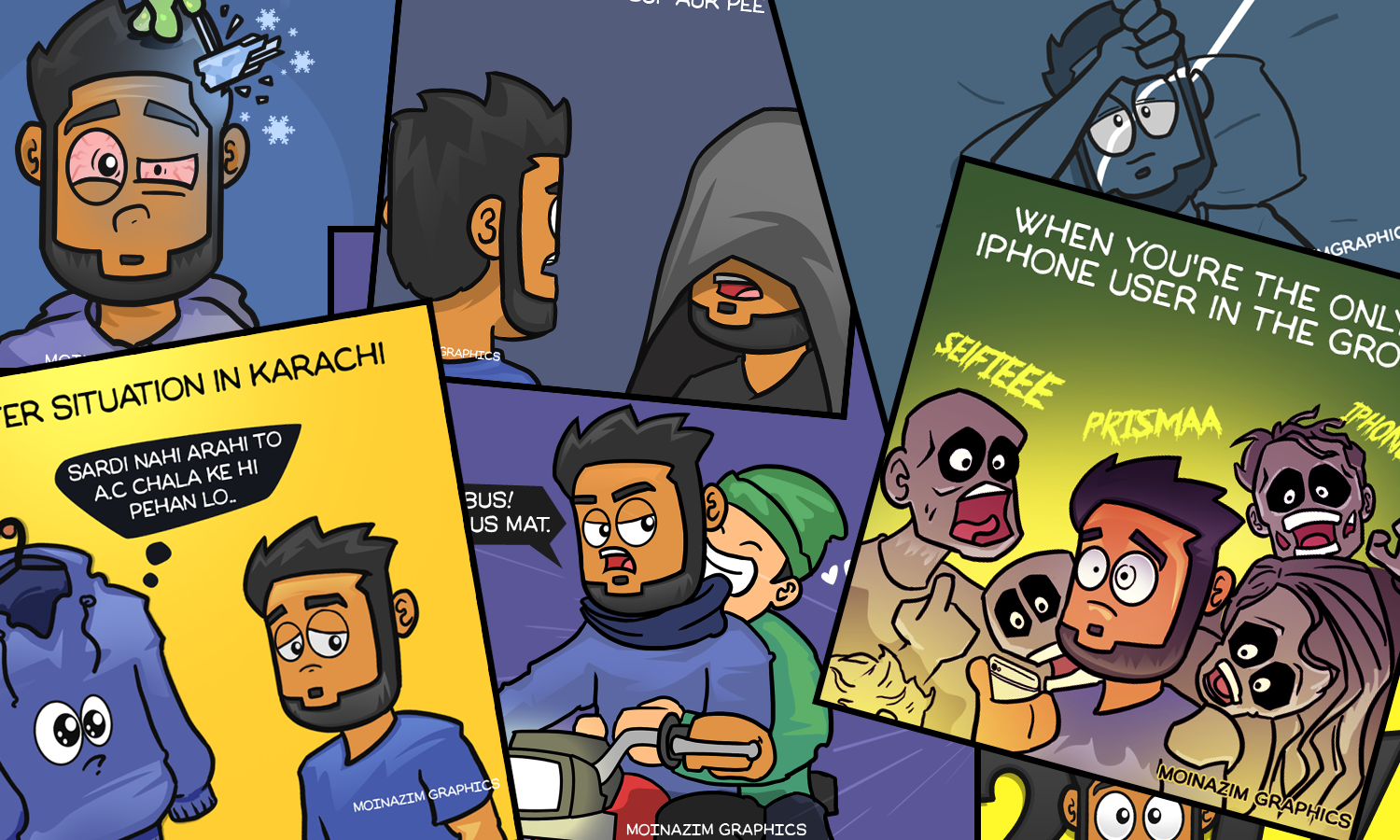 “I always have a hard time answering this question, whatever happened in my career it happened to me like it was scripted, I didn’t plan anything. I got a contract with a company with I grew up with, Pepsi. I made it Buzzfeed, my work made it TV channels. I get paid like I never thought I would get paid, I just drift with the flow I don’t want to swim too fast to miss out the best moments of my life, everything has a time and to be honest I’m satisfied with my success rate but not satisfied with the quality of work, it always has room for improvements.”

6. Moin’s advice for those who want to pursue their career in the field of graphics.

“Please don’t pick this hammer up if you cant nail happiness. The equation is really simple if “Designing = Happiness then proceed.”. I’ve observed kids that want to be called designers but don’t have the spark to practice, this field needs a fire that grows bigger with time. And most importantly make originality your best friend and don’t let ego get into your head. Try to achieve everything without having to speak, let the design do the talking.”

Moin Nazim is an inspiration for the youngsters in Pakistan.