Destiny, by definition, is something that will inevitably occur in the future. Nobody is assured of what is going to happen in future. But if something will happen, it will be because of our actions. You cannot rely on your destiny. Because your life is a product of your own decisions. And you make choices every day. It’s you who choose the life which you want to live. Hence, our destiny remains our choice. 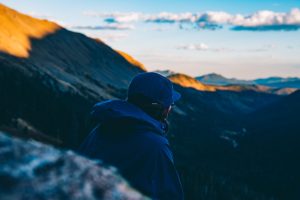 Destiny or Choice? You decide

“Your story may not have such a happy beginning, but that doesn’t make you who you are. It is the rest of your story – who you choose to be.” (Anonymous)

Destiny remains our Choice and is a matter of choice

If your life was predetermined, there would be no value of your actions. Whatever, you would have done, the result would have been same every time. But here, a question arises that don’t you do anything you want? Are you completely forced to do something? Would it have been fair that a person is punished for something that he has no control over?

The beginning of your life is a predestined aspect of your life for which you can do nothing. But it is you who decide that how are you going to end up. So the Question is if the destiny remains our choice, do we have the ability to change our fates?

According to Bill Gates,

A man kills a person. He is brought to court and is sentenced to death. He raises an objection there that why is he being sentenced to death. That person was destined to be killed and unfortunately, he was destined to kill that person. He should not be punished because of his destiny because it isn’t his fault. Now, think. If you are asked to judge the certain situation, what decision will you take? I guess you won’t be unfair, and even if you believe in destiny, you will decide to punish that man.

Because that man had a choice. Probably, the man was destined to live a happy life but he changed his fate by killing a person.

Consider a student who fails an exam. It is the student who chose to spend his time in other activities, not to study and not to seek any guidance from his teacher. As a result of his choices, he failed the exam. It was completely due to his desires, not his destiny.

I believe that the fate exists. But, it is a matter of choice, not CHANCE. Every person has the ability to change it. One just has to realize it. For an instance, consider that you are destined to become rich, but there is a choice for you to choose either the right path or the wrong path. By right path, I mean struggle and hard work. By the wrong path, I mean illegal means. If you won’t choose any of these paths, you won’t become rich. So, you have options and each option has different consequences.

There is no such thing as CHANCE. There are only two things, Yes or No. And you are one who is going to choose one from these two. Nothing happens by chance. If you believe in achieving something, you will try your level best to attain it. You won’t achieve it by chance or just because you were destined to get it. You will only be able to achieve it if you choose to put some efforts to get that.

In the end, I would say that your choices may not always yield a result that favor your desires, but the effect of your actions is a direct reflection of your actions. In short, changing our destiny remains our choice, indeed.

More Latest
Competition Leads to Perfection or Isolation?
To Top